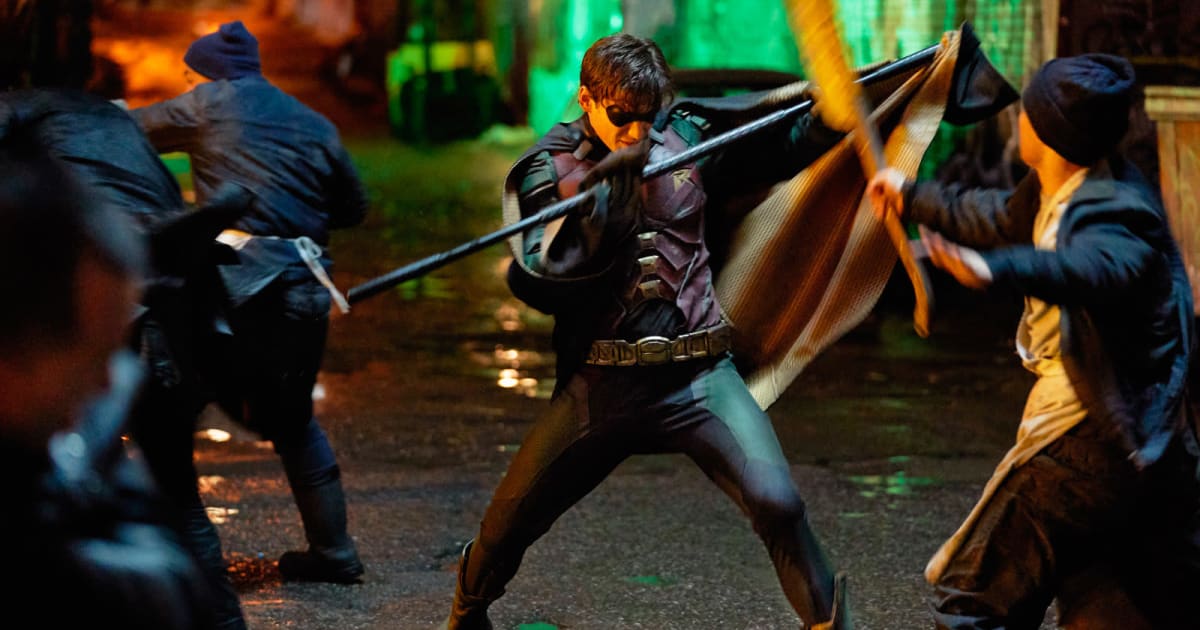 DC Universe is now available through Amazon’s Fire TV devices, giving you another way (and in some cases, a cheap way) to catch up on Titans in the living room. It’s best-suited to video, of course, but DC and Warner Bros also say that you can read comics, shop and socialize while you’re lounging on the couch. A subscription will still cost you $8 per month or $75 per year. – Jon Fingas, Engadget https://ift.tt/2QJ0RII

Can You Add Kodi To The New Fire TV? Yes

What you need: Laptop or Computer connected to the Internet
A USB/Flash Drive or a Mini SD card and or Adapter for your computer. – The Streaming Advisor
(Full Story:http://ift.tt/1LtGTJ9)

Amazon’s Fling is its version of AirPlay and Google Cast

[Amazon] revealed its Fling feature this week, a tool that will allow developers to include a way to control media from a mobile device on your Fire TV. Right now, the software will let you send video, audio and still images from an Android or iOS device to the set-top box (or dongle, we’d surmise) for viewing. – Billy Steele, Engadget
(Full Story:http://engt.co/1D6beEw)

Amazon.com this morning announced a series of updates for its Fire TV set-top box and Fire TV Stick, including a new feature that will allow the streaming devices to work over WiFi in hotels, dorm rooms and other networks that require special web authentication before getting online. […] The updates are Amazon’s latest move to compete with the likes of Roku and Google’s Chromecast in the market for streaming media devices. – Todd Bishop, GeekWire
(Full Story: http://ift.tt/19MFj41)

AllCast, the storied casting app for Android, is finally making its way to iOS. After a healthy run on Android, the casting app has finally landed on iOS, letting users toss their videos and pictures onto the big(ger) screen. The app works with locally stored content as well as files you have in more popular cloud storage solutions like Dropbox or iCloud. You can also stream from your Instagram or Google+ account onto your TV, too. AllCast supports Chromecast, Fire TV, Roku, Xbox, and Apple TV. – Nate Swanner, SlashGear
(Full Story: http://ift.tt/1u2jRRC )

On the same day HBO announced its streaming service is on the Amazon Fire TV, Roku has news of its own. Re/code found an FCC filing revealing that the media streamer folks have come to an agreement with Comcast. That means the cable giant’s customers will finally be able to use HBO Go and Showtime Anytime on Roku media streamers, after years of the apps refusing to authenticate, making an ugly joke of the “TV Everywhere” slogan. – Richard Lawler,Engadget
(Full Story: http://ift.tt/1qUVxz4 )

You can buy it but you can’t own it. Digital goods remind us of this fact all the time. But physical goods? Those should be ours. But somehow, they often aren’t, especially if the company behind the product is trying oh so hard to lock customers into a closed ecosystem. […] Techdirt reader techflaws sends in this link to Amazon’s Fire TV firmware updates, hosted at AFTVnews, a site dedicated to (and run by) Fire TV aficionados. Alongside the expected bug fixes and features list is the following warning:

“Self destruct” eFuse added to kernel which gets triggered if an older bootloader is used. This means Fire TVs that update to stock 51.1.4.1_user_514013920 can never be downgraded, even if a method to root them is discovered.

So, while there are workarounds available now (as well as custom firmware developed by the enthusiasts at XDA Forums), there’s been nothing official released by Amazon. The message is clear: play within the walls of our garden or GTFO. – Tim Cushing,Techdirt

During the first three quarters of 2014, 10 percent of US households with a broadband connection bought at least one streaming-media player, market researcher Parks Associates Research said Tuesday. The players include set-top boxes and sticks, which plug into HDMI ports, that access scores of channels and services, such as Netflix, Hulu Plus or Amazon Instant Video. Roku’s lineup of set-top boxes and streaming sticks was still the most popular so far this year despite a strong dip, securing 29 percent of sales in the first nine months. Google’s Chromecast stick leaped onto the scene, snagging the No. 2 spot with 20 percent share and stealing Apple TV’s previous slot. The Apple TV box fell to third place with 17 percent share. Amazon’s Fire TV box and stick, also new on the scene, came in fourth place with 10 percent share. […] Roku, which has been the dominant force since 2012, saw its market share slip from 46 percent last year to 29 percent in the first nine months of 2014. Apple TV also slipped from 26 percent last year to 17 percent so far this year. They both lost share as Google’s Chromecast and Amazon’s Fire TV have come on strong. – Don Reisinger,CNET
(Full Story: http://ift.tt/1yHGvhr )

CBS television network, it has launched a live-streaming service that works for the Apple TV, as well as the Amazon Fire TV, Roku, Windows Phone, and Windows computers. Plus, it’s available on any computer by visiting CBSNews.com. The app provides a completely free live-streaming experience without the need for a cable subscription, which makes it one of the very few live streaming apps delivering this kind of service. The is ad-supported, which is the only caveat that we know of. […] This new app makes CBS News just one of the very few apps that actually offer live streaming for free and without any prerequisite. Most free live streaming apps (if not all of them) require that you have a cable subscription in order to take advantage of their features, which kind of defeats the purpose, as someone who wants to live stream content is most likely a user who doesn’t have cable. – Craig Lloyd,GottaBeMobile.com
(Full Story: http://ift.tt/1uHXgtg )

CBSN: About the streaming network

CBS News and CBS Interactive today launched CBSN, the first digital streaming news network that will allow Internet-connected consumers to watch live, anchored news coverage on their connected TV and other devices. At launch, the network is available 24/7 and makes all of the resources of CBS News available directly on digital platforms with live, anchored coverage 15 hours each weekday. […] CBSN will be available on CBSNews.com and its mobile website, key connected TV devices including Amazon Fire TV, Roku players and Roku TV™, and others, as well as the newly launched CBS News app for Windows 8/8.1 and Windows Phone 8/8.1 available through the Windows Store and Windows Phone Store. CBSN will also be available on the CBS News apps for Android and other leading platforms before the end of the year. – Prnewswire via CBS News
(Full Story: http://ift.tt/1pqjfmr )
« Older Entries