Despite the new AirTV Mini’s streaming stick form factor, it’s not meant to compete with rival streaming sticks like the low-cost Amazon Fire TV Stick, Roku streaming stick or Chromecast in terms of price. Instead, it’s a $79.99 alternative to the $119.99 AirTV Player bundle — perhaps for someone who doesn’t care for the sort of Playskool-inspired design of the original streaming box, but still wants over-the-air channels, 4K support, and easy access to Sling TV and Netflix. – Sarah Perez, TechCrunch » https://tcrn.ch/2jJ4TS6 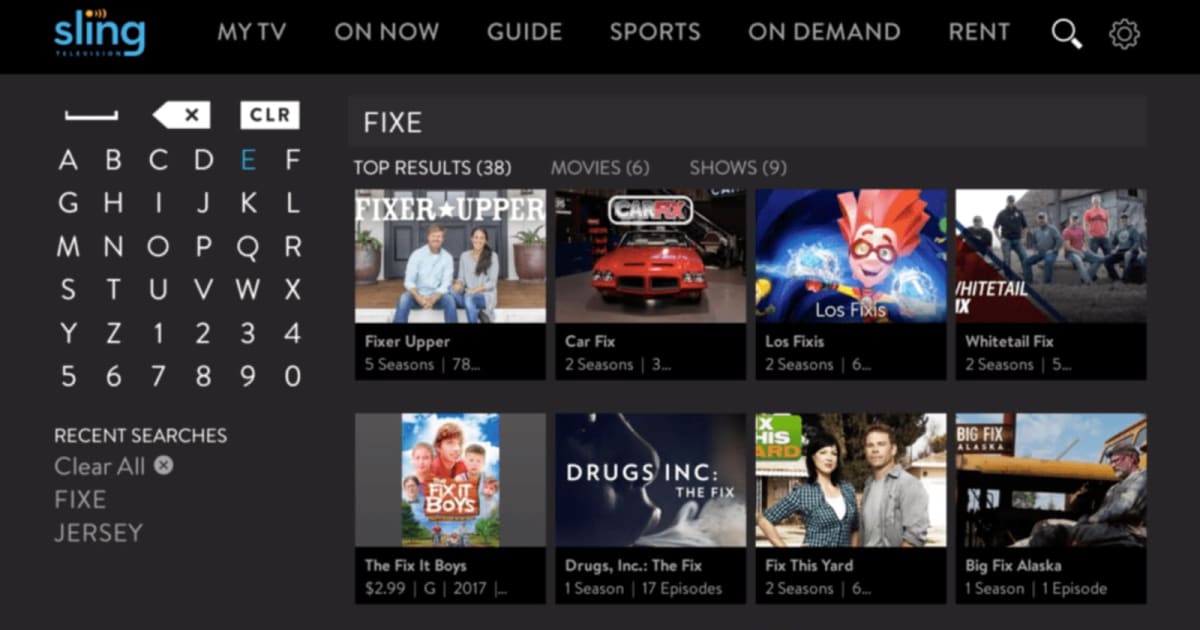 Sling TV is trying a new way to reach potential users with a free option of its streaming platform. Through a “browse as guest” option, newcomers to Sling will be able to check out episodes from some shows (including Billions, Shameless and Ray Donovan) at no cost, though it seems only one episode is available for each of those series. You can also subscribe to standalone channels, such as Showtime, without having to pony up for a Sling package. Sling is rolling the feature out on Roku starting today, and plans to bring it to more devices in the future. – Chris Holt, Engadget » https://engt.co/2Fxgj3L

Sling TV is increasing Sling Orange, its channel package with ESPN, to $25

Effective immediately for new customers and beginning next month for existing ones, the plan now costs $25 per month. Since Sling TV’s launch in early 2015, a move that kicked off today’s competitive wave of internet TV platforms, the bundle had been priced at $20. Sling Blue, the other Sling TV package introduced in 2016 with Fox, NBC, and other non-Disney channels, remains $25, so the two are now at parity. Both packages can be had together for $40 monthly. – Chris Welch, The Verge https://ift.tt/2KsRRA9

According to DISH’s latest earnings report, the company lost 145,000 customers in Puerto Rico and the US Virgin Islands due to recent hurricane damage. Dish doesn’t specifically break down Sling TV additions, but including the streaming video service — the company saw an overall net gain of 16,000 video subscribers overall. – Karl Bode, DSL Reports http://ift.tt/2zIRAVr

[DISH] lost another 196,000 TV subscribers during the second quarter. That was actually notably less than the 300,000 or more defecting customers many analysts had predicted, though it’s still not much to crow about. And it’s worth noting that number includes the company’s Sling TV streaming video service, the numbers for which Dish refuses to disclose at earnings time. – Karl Bode, DSL Reports http://ift.tt/2vafl7V

Sling TV, the DISH-owned online streaming service that promises live TV via the internet, has been plagued with one serious problem since launch: you could only stream [sic] to one device at a time. Today, the company is attempting to address that issue with the launch of a new “multi-stream” service, now in beta, that lets you stream live TV to up to three devices at a time, […] At launch, however, the selection is limited to a handful of networks owned by FOX, including broadcast channels (in some markets), FOX Sports, FX, and National Geographic, along with optional add-ons like AMC, A&E, HBO, Turner, Scripps, EPIX and Univision. – Sarah Perez, TechCrunch
(Full Story:http://ift.tt/1V2oHu7)

Sling TV, the low-cost, live TV streaming service, hasn’t yet saved Dish Network. According to the company’s latest earnings report, the TV provider still saw a net loss of 12,000 pay-TV subscribers. That loss indicates that its satellite service customer base is actually dropping dramatically, as Dish – as you may recall – now combines its satellite and Sling TV customers in an attempt to pad its numbers. […] Dish didn’t say how many subscribers Sling TV has, but analysts suspect that it has reached around 400,000, according to various reports. – Sarah Perez, TechCrunch
(Full Story:http://ift.tt/1UcpJ4V)

Sling TV is rolling out a second-generation user interface at CES 2016. The new UI is designed for each Sling TV-supported streaming device. No longer is there a one-size-fits-all user interface that you saw with their previous UI. The new Sling TV UI will roll out over the next few months starting with Roku and moving on to other devices. – Cord Cutters News
(Full Story:https://shar.es/16cxq0)

The Douglas County satellite TV service provider ended September with 13.909 million pay-TV subscribers. A year ago, it had 14.041 million. The number includes new customers from Sling TV, the live-TV streaming service Dish launched earlier this year. […] DISH [sic] said that the number of gross new subscribers is up — 751,000 compared to last year’s 691,000. But if you subtract customers who left the company, the net pay TV subscribers declined 23,000, compared to a decline of 12,000 a year ago. Pay TV customers this quarter did pay about $2 more per monthly bill, with the average revenue per user at $86.33, compared to last year’s $84.39. – Tamara Chuang, The Denver Post
(Full Story:http://ift.tt/1PkWwUh)