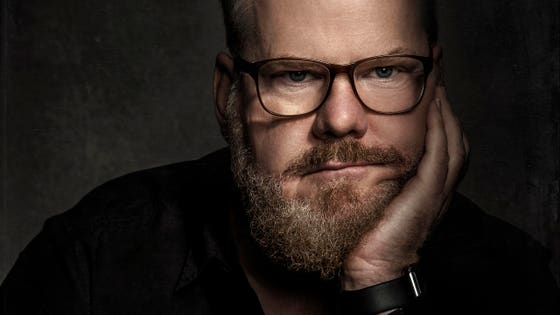 Gaffigan will star in the first original stand-up special on Amazon, which is going after the streaming giant with a push into comedy. Quality Time goes live today, and it can be shopped on the open streaming market when its exclusive run with Amazon Prime Video is up in two years. And that market is only expanding. – Ariel Shapiro, Forbes » https://ift.tt/2YZsqSh
Advertisements

While Radcliffe‘s role wasn’t revealed, his casting is interesting given that he’s still arguably best known for his role as boy wizard Harry Potter in the film franchise based on J.K. Rowling’s novels. – Hilary Lewis, The Hollywood Reporter » http://bit.ly/2wTZnix

On its premiere date (April 17), the concert film on Netflix reached 1.1 million U.S. viewers and garnered an average minute audience of 828,000 viewers, according to Nielsen. The film — following Beyoncé and her performance at 2018 Coachella, which paid homage to America’s historically black colleges and universities — received a similar average minute viewing audience over the course of the next few days heading into the April 20-21 weekend. – Todd Spangler, Variety » http://bit.ly/2Eb0jD1

The streamer on Wednesday announced that it is reteaming with creators Tina Fey and Robert Carlock for an interactive special featuring stars Ellie Kemper, Tituss Burgess, Jane Krakowski and Carol Kane. The special is similar to Netflix’s Black Mirror episode “Bandersnatch” in that viewers will be able to make choices for the characters. – Lesley Goldberg, The Hollywood Reporter » http://bit.ly/2YlbVv1

‘Chilling Adventures of Sabrina’ Renewed Through Season 4 at Netflix

The Riverdale offshoot, initially picked up with a two-season, 20-episode order, has earned 16 more installments at the streaming giant. The renewal, which is being billed as “parts three and four,” arrives ahead of the second-season’s April 5 return. The 16-episode order — like the show’s initial pickup — will be split in half and begin production in 2019. – Lesley Goldberg, The Hollywood Reporter http://bit.ly/2Q0lCu6

How to Watch the White House Correspondents Dinner Online

Beginning at 9:30 p.m. ET, C-SPAN will air the awards presentation on TV, on its website, and on its app. – Variety https://ift.tt/2KjMrb4

The “Sense8” series finale special will launch globally on Netflix on June 8. Netflix released key art for the series finale with the tagline “Together Until The End.” The group will have to come together to protect the future of all Sensates. – Ariana Brockington, Variety https://ift.tt/2KcREl8

Chelsea Handler recently wrapped her Netflix talk show Chelsea. Before that, she did a successful seven-year run as host of E!’s Chelsea Lately, which came to an end in 2014 after she opted not to renew her contract and made headline-making comments about the NBCUniversal network. Handler also executive produced and starred in the 2016 Netflix documentary series Chelsea Does, in which she tackled such issues as marriage, Silicon Valley, racism and drugs. She will continue her working relationship with Netflix for another original documentary series, which will focus on the notion of white privilege. – Nellie Andreeva, Deadline Hollywood https://ift.tt/2GEqlAV

Seth Rogen and Netflix Set Lineup for 2018 Hilarity for Charity