Netflix shares rose 3.3% in early trading Tuesday from Monday’s close of $336.63 a share. The shares are down 12% in the last month amid a broader market pullback. [Loop Capital] has a $425 price target on Netflix shares. – Michael Sheetz, CNBC » http://fw.to/y12t29e
Advertisements

On April 15, WarnerMedia sold back its stake in Hulu in a deal that valued the streamer at $14 billion. Disney revealed Wednesday that it funded the deal “via a loan” to Hulu. NBCU has 90 days from the date of the transaction in which it can elect to contribute its proportionate share (or 30 percent) toward the purchase price of the Hulu stake. That would mean Disney would become the 67 percent owner in Hulu and Comcast would become a 33 percent owner. If NBCU does not participate in the purchase of WarnerMedia’s stake, Disney would up its ownership to 70 percent. – Natalie Jarvey, The Hollywood Reporter » http://bit.ly/2DZ672x

Netflix tumbled more than 3% on Friday after Disney unveiled its Disney+ streaming service and pricing for the first time. The drop shed about $5 billion from Netflix’s market value, though it is up about 15% over the past 12 months. – Lauren Feiner, CNBC » https://cnb.cx/2X3rOp6

While other organizations will gladly ruffle some feathers to deliver groundbreaking programs and films, AAPL has a decidedly different mindset. From the get-go, management will steer its original content away from vulgar, violent or sexual content. […], they’re not going to show anything interesting on their service. Okay, I’m being facetious but only a little bit. Check out Forbes’ top-20 list of streamed TV shows, where only one entry isn’t on Netflix. It’s chock-full of gritty programming or controversial topics, like the top-rated show 13 Reasons Why, which addresses teenage suicide. Is that content suitable for an Apple store? I don’t think so. – Josh Enomoto, InvestorPlace » https://ift.tt/2HDzPNh

In their 35-page ruling, Judges Judith W. Rogers, Robert L. Wilkins and David B. Sentelle affirmed Leon’s decision, saying that AT&T had provided “real-world” data to support its contention that the deal would not result in harm. “The government offered no comparable analysis of data,” the judges wrote. “Evidence also indicated that the industry had become dynamic in recent years with the emergence, for example, of Netflix and Hulu. In this evidentiary context, the government’s objections that the district court misunderstood and misapplied economic principles and clearly erred in rejecting the quantitative model are unpersuasive.” – Dade Hayes, Deadline Hollywood » https://ift.tt/2SuWOM6

Roku reported earnings of $0.05 per share compared to $0.03 expected by analysts, according to Refinitiv. The company also surpassed revenue estimates of $262 million, per Refinitiv, reporting $276 million in revenue for the quarter. – Lauren Feiner, CNBC » https://ift.tt/2E2cLEm

Reality Is Closing In On Netflix 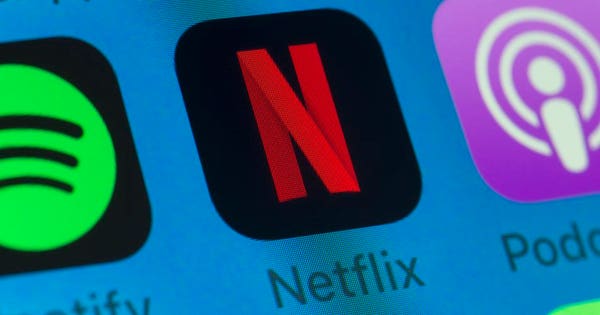 Debt investors are not happy either. In fact, they’ve always been more skeptical and assigned Netflix’s debt “Junk” ratings since as early as 2015. In the last year, that skepticism has grown, as the yield on its issuances has increased 150 basis points. Since 2017, the cost of debt has risen 275 basis point to 6.375%. Should debt investors grow more weary of Netflix’s massive cash burn, the liquidity they’ve provided could dry up quickly. – David Trainer, Forbes » http://bit.ly/2Dc40qO

Members of Parliament voted to demand that Netflix remove all images of the Lac-Megantic tragedy. Netflix has apologized but has refused to remove the images. Netflix licensed the footage from the stock image vendor Pond 5. – Associated Press via The Hollywood Reporter » http://bit.ly/2RvRmrY

Disney Streaming Service Could Crush Netflix — But Here’s The Catch

The debut of Disney+ later this year makes RBC “incrementally bullish.” [Capital Markets analyst Steven Cahall] estimates that a notional monthly $7 subscription for content valued at around $7 billion would be comparable to Netflix’s value proposition, “the gold standard.” (For the record, Disney hasn’t disclosed a price, but Iger has said it will be cheaper than Netflix.) – Elaine Low, Investor’s Business Daily » http://bit.ly/2VCntcH

Last night, before the company briefly stopped trading to make its announcement, the stock stood at $157.92 a share. This morning as we went to publication, it was recovering a bit, but was still down 8.19 percent to $144.981. – Ron Miller, TechCrunch https://tcrn.ch/2BW8CAN
« Older Entries Recent Entries »