Netflix: The streaming giant gained 27.8 million subscribers in 2019, down from its peak addition of 28.6 million in 2018, amid new competition. Netflix ended the year with 167 million global members, including 61 million in the U.S., and has predicted it will tally 7 million more in the first quarter of 2020. – George Szalai, The Hollywood Reporter » https://ift.tt/38hudl6

Adapted for screen by [Naomi Alderman], in The Power, all teenage girls in the world develop the power to electrocute people at will. It’s hereditary, it’s inbuilt, and it can’t be taken away from them. Coming alive to the thrill of pure power: the ability to hurt or even kill by releasing electrical jolts from their fingertips, they rapidly learn they can awaken the Power in older women. Soon enough nearly every woman in the world can do it. And then everything is different. – Denise Petski, Deadline Hollywood » http://dlvr.it/RNdWNP

Netflix will be adding 21 feature films from famed Japanese art house Studio Ghibli beginning February 1. Among the titles that will be available outside the U.S., Canada and Japan are My Neighbor Totoro, Princess Mononoke, Spirited Away, Arrietty, Howl’s Moving Castle, Ponyo On The Cliff By The Sea and When Marnie Was There. The deal was made with Studio Ghibli’s distribution partner Wild Bunch International, as part of Netflix’s efforts to grow its animated library. – Nancy Tartaglione, Deadline Hollywood » http://dlvr.it/RNMy3s [photo: Netflix]

In a tentative ruling, Judge Marc Gross granted Fox’s request for an injunction against Netflix. The ruling is expected to become final within the next few days, though Netflix is expected to appeal. – Gene Maddaus, Variety » https://ift.tt/33jRa4T

Apple Offered J.J. Abrams Far More Than WarnerMedia; Here’s Why He Said No

While Abrams‘ five-year, $250 million deal seems low compared to the $300 million and $400 million Ryan Murphy and Greg Berlanti received from Netflix and Warner Bros. TV, respectively, the ability to see that figure multiply is vast. (And it’s worth noting that Berlanti and Murphy’s deals were so rich because Warners and Netflix bought out the prolific producers’ profit participation in multiple shows.) Sources note senior execs at Warners’ TV side called the studio’s top producers to downplay the previously reported $500 million figure. – Lesley Goldberg, The Hollywood Reporter » https://ift.tt/2ZXGyMi

Popular movie piracy app CotoMovies has shut down following legal pressure. The app’s developer has now issued an apology to filmmakers while urging former users to switch to legal services instead. To assist filmmakers in their enforcement efforts, CotoMovies states that it will transfer user data to the copyright holders, who plan to sue some. – Ernesto, TorrentFreak » https://ift.tt/2ZVWtK7

[Sofia Chang] held the previous post of EVP of Global Digital Distribution for HBO, one of many positions she has held since joining HBO in 2000. She has led the transactional digital and physical distribution of HBO and Cinemax programs worldwide. Since 2015, she has been responsible for distributing HBO and Cinemax subscription services on all digital platforms. – Dade Hayes, Deadline Hollywood » http://dlvr.it/RCqZ6N 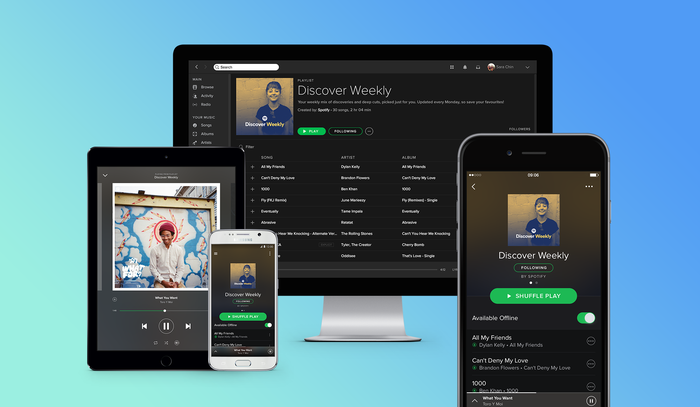 This week, a group of eight members of Congress, including Sen. Marcha Blackburn, Sen. Christopher Coons, Rep. Jerrold Nadler, and Rep. Adam Schiff, invited Google CEO Sundar Pichai to a roundtable discussion specifically about Content ID. The members explain that they are quite content with Google’s copyright enforcement efforts, but they are also concerned that smaller content creators are being left out. – Ernesto, TorrentFreak » https://ift.tt/2PRndYv

In addition, the companies are forming an Integration Management Office (IMO). News of the IMO, the executive appointments and the hiring of Bain & Company as a merger consultant came via an internal memo to employees from Bob Bakish. Currently Viacom CEO, Bakish will soon be head of ViacomCBS. The $30 billion, all-stock transaction is expected to close by the end of 2019. – Dade Hayes, Deadline Hollywood » http://dlvr.it/RCNsdy [photo: Viacom/CBS]
« Older Entries